Some time ago, I had the honor to create the cover art work for the book Naked Deceit by Jane Lee Mace. 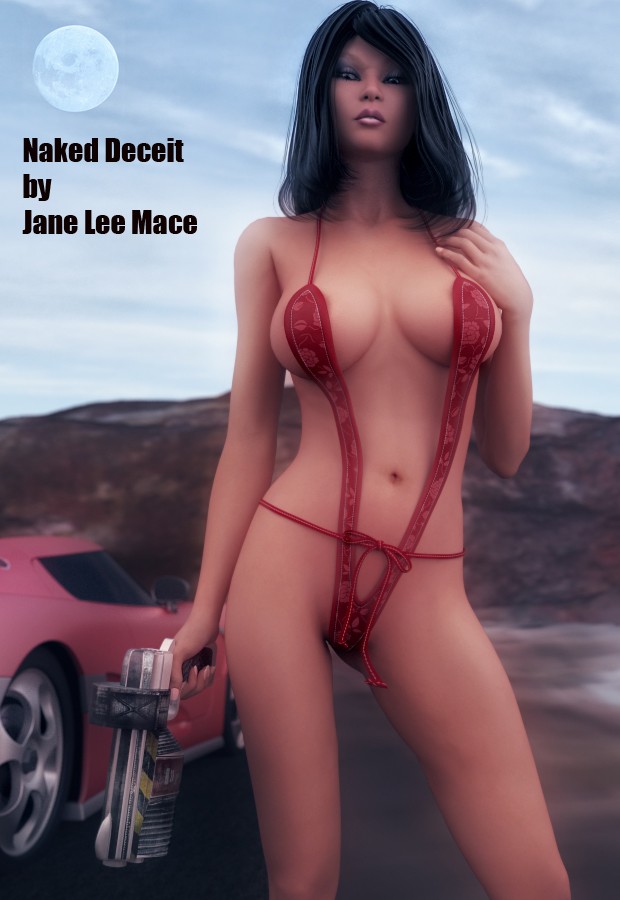 Here’s what the author Jane Lee Mace says about the book:

When someone attempts to murder Sarah Logan on board the airship taking her to the tropical north of the Great Island Continent on Planet Sapphica, she realises that the case she is working on is no ordinary missing persons investigation for her.

Dorothy LaMont, head of LaMont industries decides the only way to stay ahead of the people holding the millionaire industrialist’s daughter, is to issue the Private Detective she has hired with a secret weapon.

A gun that is decades ahead of its time. A gun that as well as firing plasma energy also has the ability to render its user invisible. But there is a catch! The user has to be naked for it to work.

In the course of her investigation, Sarah Logan stumbles upon a sinister government agency’s involvement in and cover up of the disappearance of the young woman.

Getting too close to the truth, she is framed for murder and becomes a fugitive. With the assistance of her beautiful new lover Nella, she discovers the whereabouts of the missing daughter and also stumbles upon a secret so potentially devastating, that the government agents are issued with orders to kill them both on sight.

Sarah Logan comes to realise that everything she had been taught about life on Planet Sapphica is nothing but naked deceit.

You can find more information about it on the site Planet Sapphica.

2 Replies to “Artwork for the cover of Naked Deceit”