Now that I have recovered from my computer crash, my new graphic novel Bootcamp from Hell is available in the Renderotica Store!

It’s about Jacky, a beautiful ebony woman who wants to join a special forces team. She didn’t know what she has to do to be accepted by the major.

He has his own rules, especially for sexy women like her! 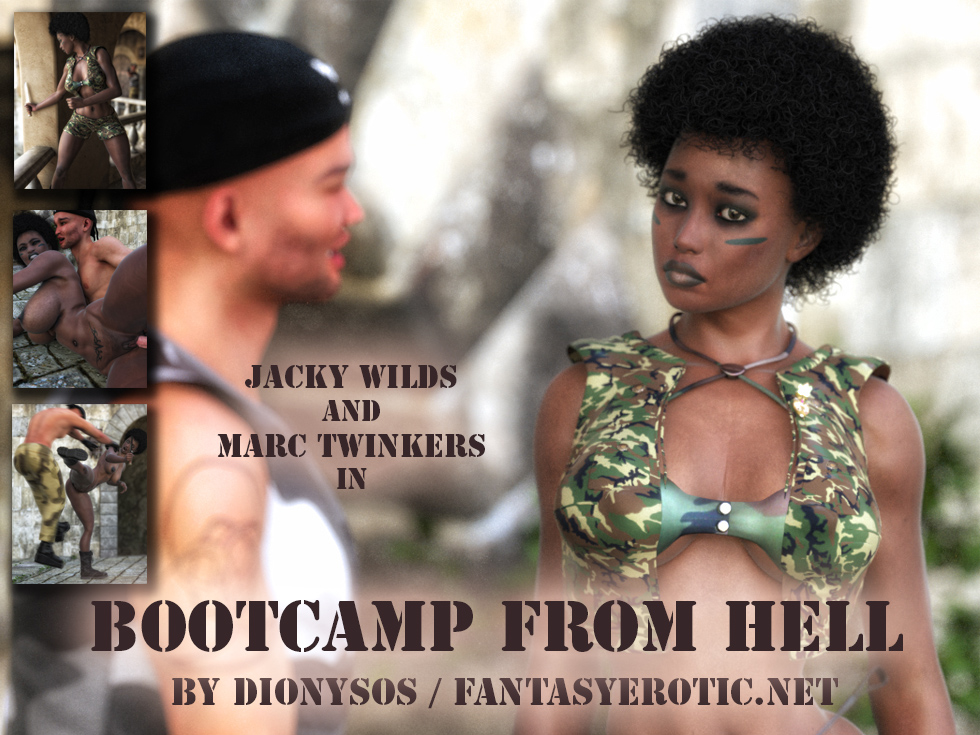 The comic contains sex scenes from the following genres:

It also has some bdsm/bondage elements. 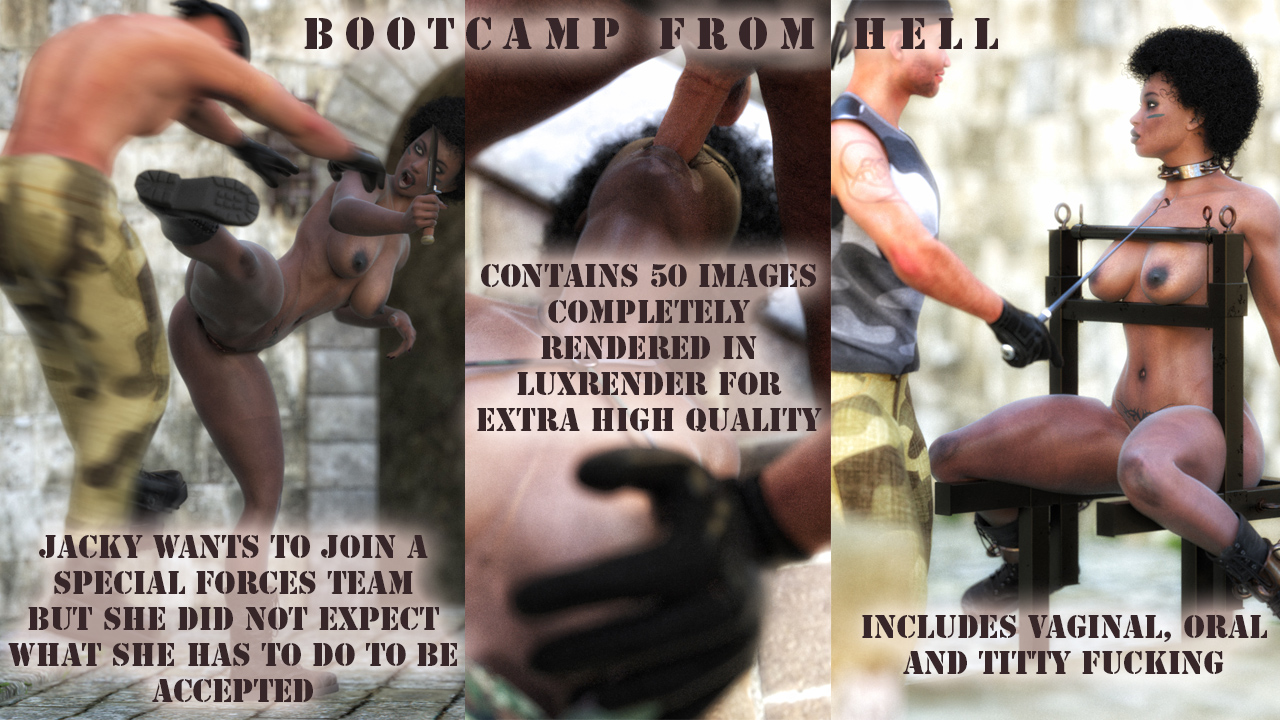 All the pictures are rendered in Luxrender for extra high quality!

You can get the comic (53 pages) and all high-resolution pictures (1050×1400) from the comic without text in the new Renderotica store.