Who is this beautiful busty native american woman?

And why is she bound to this wooden trunk? 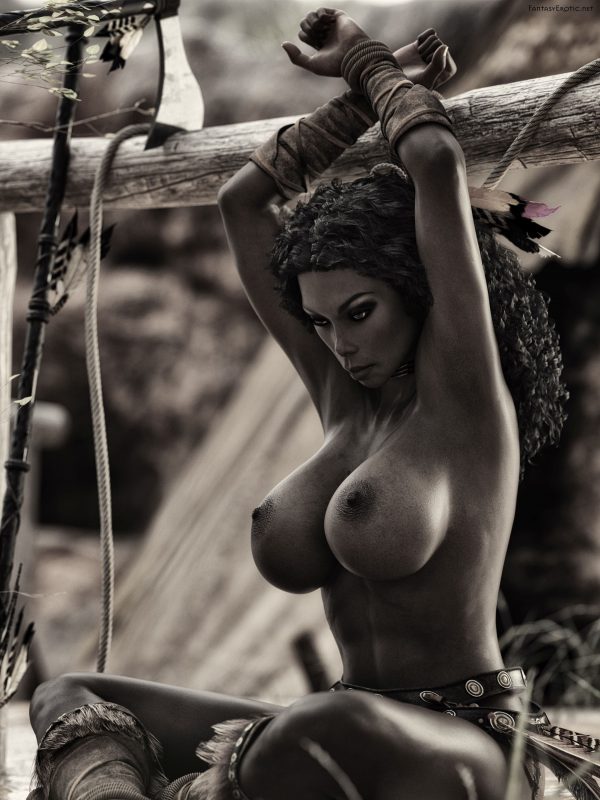 Let’s play a game and write your thoughts or short story about her!

I saw this on the profile of an other artist and I liked the idea. So feel free to comment with your story, I’m looking forward to it 🙂

Purple Dawn knew from the beginning that there was something wrong with the new tribal shaman. He had been accepted by the chief after the shaman claimed that his own, distant tribe had been wiped out by the white man, but something was off.

Purple Dawn had followed the shaman, a man named Black Fang, on one of his nightly “spirit walks,” as the man had claimed, and found that he not only communed with devils but animated the dead.

She rounded up some loyal warriors to capture the man, expose him to the chief, and have him ousted from the tribe. Purple Dawn had underestimated Black Fang’s powers and influence, however, and her small band was defeated.

Now, she was captured by her own tribe, many of whom had been mesmerized by Black Fang, and at dusk, she would be fed to the creeping dead that massed in the forest.

She had failed and her tribe would suffer… and, barring a miracle, her journey was at an end.