The end of the year is close already, but before it ends, I’ve got a brand new comic for you.

It’s called Roadtrip and is available at Renderotica. 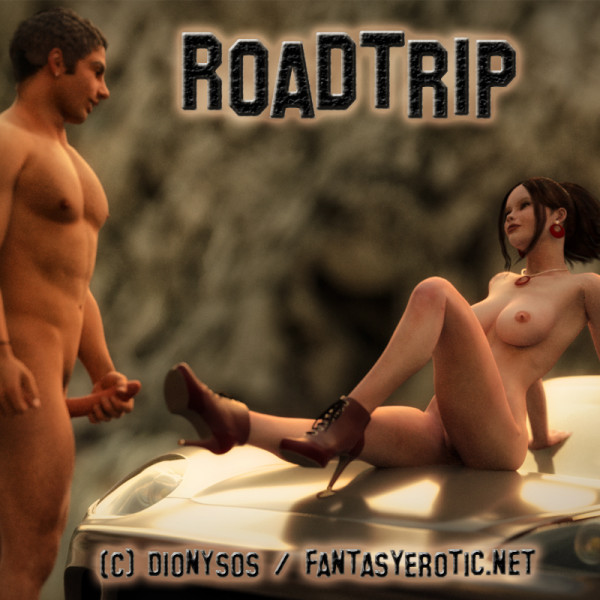 A beautiful young woman is cruising around with her brand new sports car when it suddenly broke down.

However Christy has been lucky as a helpful guy comes along. When she sees him, she not only interested in repairing her car.

And what should I say… the guy won’t say no. 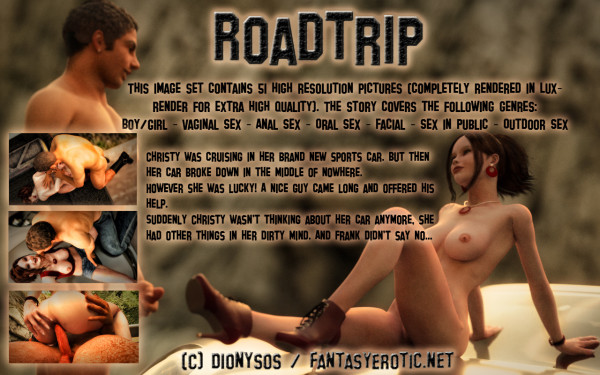 “Roadtrip” is a graphic novel which contains sex scene of the following genres: